Geospatial intelligence software, augmented with machine learning, could help to map changes in terrain and structures, making disaster response projects more efficient and more effective. Several organizations are looking toward algorithms to help create more timely and accurate maps. One example is the SpaceNet “Road Detection and Routing Challenge,” a $50,000 competition to develop an automated method for extracting information about road networks. Crowdsourced data proved to be an invaluable resource in the response to Hurricane Maria in Puerto Rico, but the successful implementation of machine learning could yield faster and more accurate maps to help emergency personnel find people in need or identify the best routes for delivering supplies. 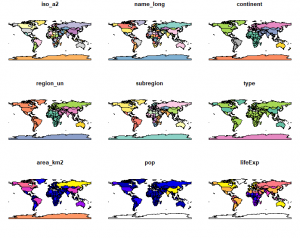 This is a subset of Data Science that focuses on the special characteristics of spatial data, using modelling to know where and why things happen. Geographic information systems (GIS) applies to a wide range of users & use cases, yet is one of those strange anomalies that, despite its value spanning many industries, has remained a niche field – often siloed from other business units. GIS typically refers to varied types of information systems such as websites, apps, or databases that store different types of spatial data. With new types of users such as Data Scientists, GIS is starting to happen more outside of traditional GIS tools – allowing more sophisticated spatial analyses to take place in connection with new Data Science & Big Data solutions. This shift is allowing Spatial Data Science to emerge as a discipline with greater interactivity with Open Source & Cloud technologies.

Until recently, serious work with geospatial data required an often-proprietary desktop GIS (Geographic Information System), such as ArcGIS. Now, however, GIS capabilities in R have greatly advanced. In many ways, the benefits of using R over a desktop GIS are similar to the benefits of using R over Excel for data analysis. R is free and open source, which makes it easier and cheaper to get started, compared to the expensive licenses needed for many desktop GIS. This has helped spread geospatial data analysis beyond the domain of only GIS specialists, thereby opening opportunity to a wider ecosystem of contributors. As a full-fledged programming language, the command line interface of R has greater flexibility than the point-and-click interface of a desktop GIS. This means there’s no restriction on what’s ultimately achievable. R is reproducible in a way that point-and-click interfaces are not. This is, of course, key to the scientific process. The greater shareability of R scripts and packages encourages a faster development cycle and a more collaborative workflow. 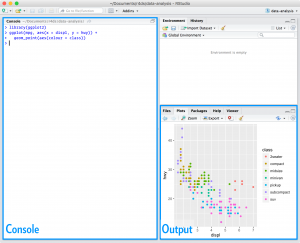 Geospatial analysis, and python have experienced together over the last decade and more. Initially, this marriage between a computer language and geospatial platforms occurred when major GIS platforms such as ArcGIS and QGIS began to adopt Python as the main scripting, toolmaking, and analytical language. Perhaps for users the main reason for the adoption of Python has been because of the fact that Python is easy to learn, good at data manipulation, and has many useful libraries that are apt or could be easily adapted for geospatial analysis. Pandas makes data manipulation, analysis, and data handling far easier than some other languages, while GeoPandas specifically focuses on making the benefits of Pandas available in a geospatial format using common spatial objects and adding capabilities in interactive plotting and performance. The fact that many Python libraries are available and the list is growing helps users to have many options to leverage existing code and build more powerful features in their tools. Platforms such as QGIS allow users to input their own extensions that are built in Python, further encouraging development and use of Python among GIS specialists. This growth highlights that as GIS users and geospatial analysts develop their skills, Python might be the best language to focus on. 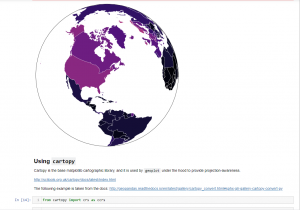 About the Author: Michael Mutekeri

My interest is on Data Science: Artificial Intelligence, Machine Learning, Deep learning. Continuously looking for ways to explore the tools in the field and use them to improve any industry